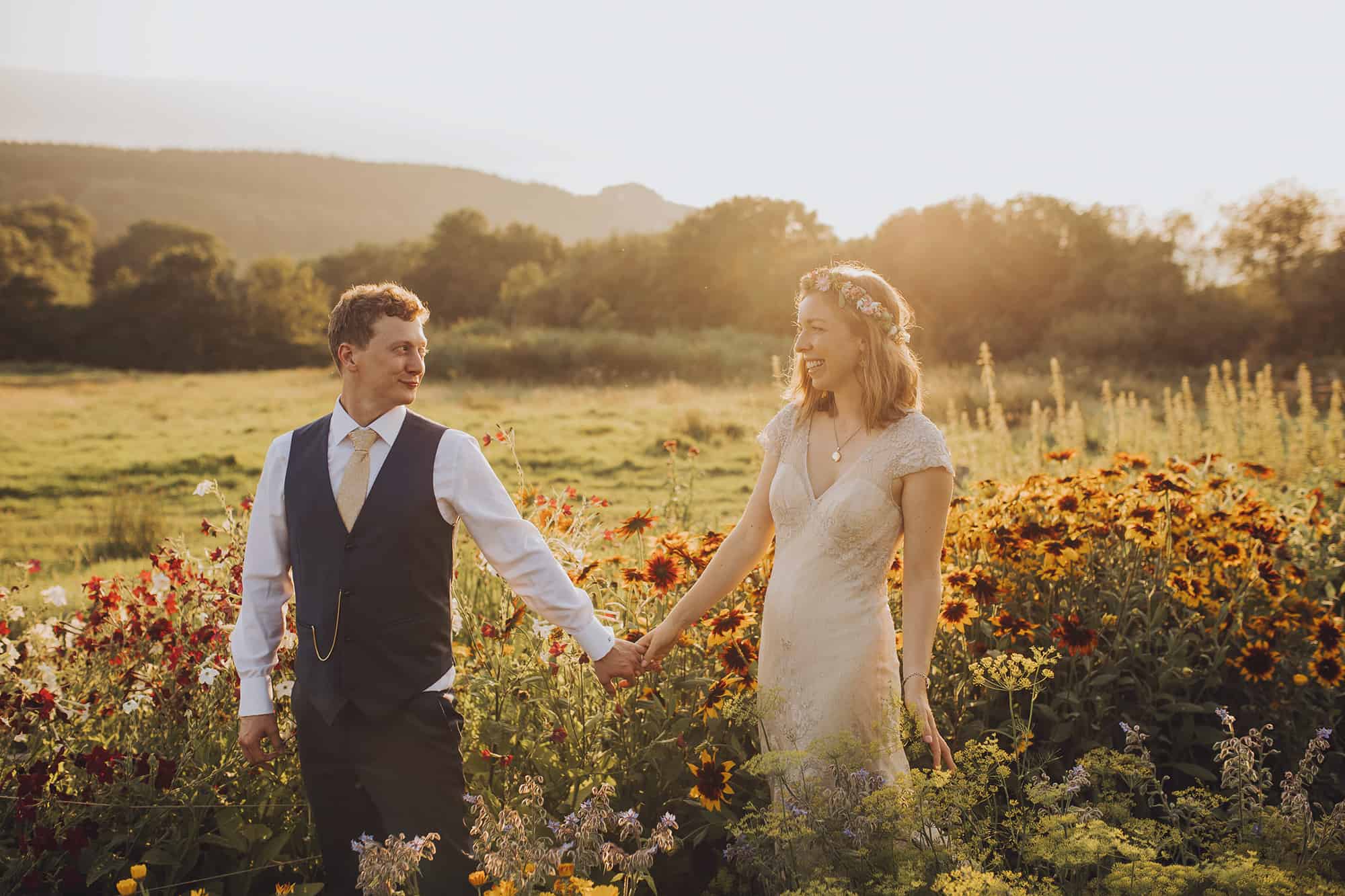 Tony and Rosie had the most magical celebrant-led wedding in the vegetable garden at River Cottage on a warm August Monday.

They chose to do a first look amongst the flowers and Tony was speechless when he turned and saw Rosie in her golden dress and flower crown.

Their closest friends and family came to Devon to sit amongst the vegetables and be a part of their love story.

They wrote personal vows and even wrote love letters to each other to read aloud during the ceremony. Their guests were encouraged to write letters to the couple too. They were collected by the children for the couple to read later on. It was so beautiful idea!

They exchanged rings which they’d both had engraved.

Tony’s ring said “in all seasons” which was in reference to Rosie’s letter to him saying she will be there for him in all seasons, whatever happens.

Rosie’s ring said “Be kind, be courageous, be you”.

They ate a wonderful meal with food freshly picked from the River Cottage gardens just minutes before cooking.

Despite the majority of the day being heavy clouds, the sun peeped out on the horizon and gave them the most incredible sunset to finish off their day!