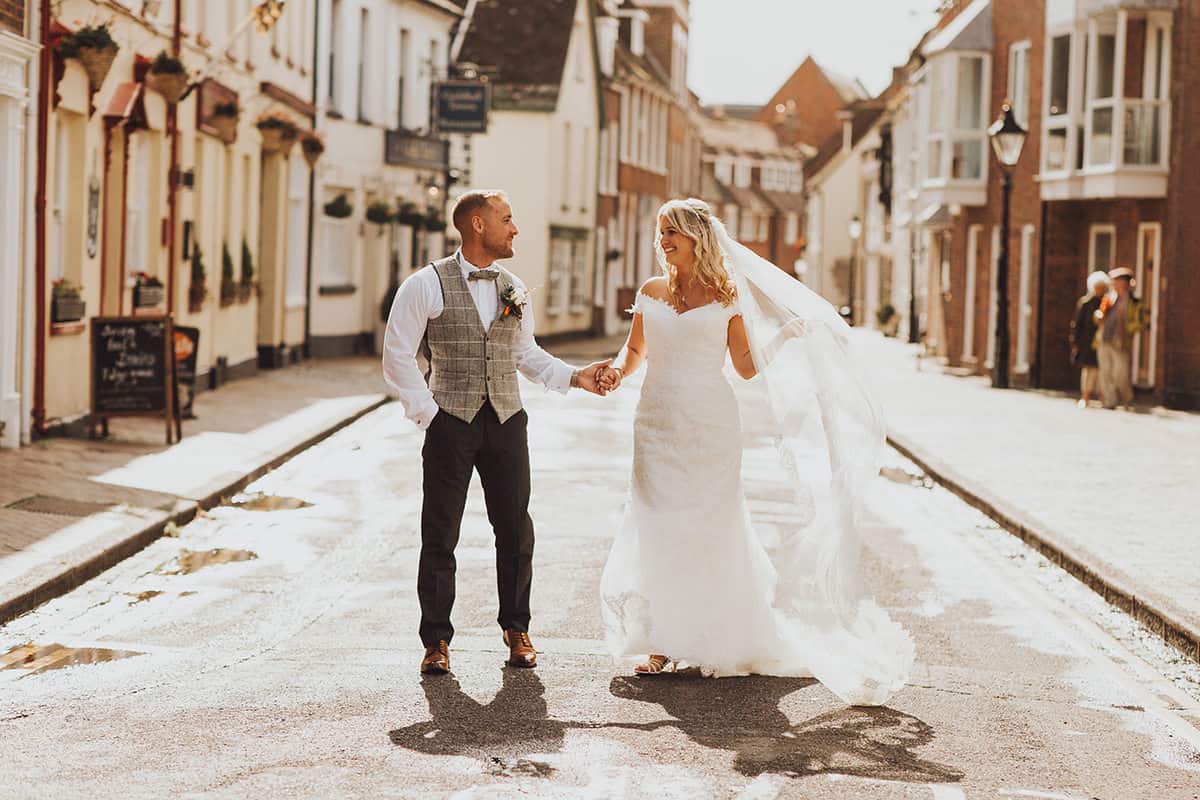 Such a fantastic Poole Guildhall wedding at the end of September!

I first met Sophie when she attended as a guest to Emily and Fletchers wedding in Winchester in 2017. The following year she was a bridesmaid for Kate at St Giles House where I also met Dan, her parter.

They planned the most wonderful wedding at Poole Guildhall which is the most beautiful registry office I’ve ever had the pleasure to shoot in.

The girls got ready at Sophie and Dans home whilst Dan got ready with his boys at his brothers house just round the corner.

Dan was picked up by his parents in their camper van that they used to go on family holidays in! His parents had decorated it especially for the wedding and it was perfect!

Sophie walked down the aisle to a beaming Dan and their son, Elvis, saw his mum and ran straight over to her. It was such a lovely moment. Sophie’s dad gave her away, Dan’s Son Joey was the best ring bearer and the overall ceremony was short and sweet.

Afterwards all the guests filed out onto the steps outside to sprinkle confetti onto the newlyweds.

The couple took the blue old style VW Beatle, that took Sophie and her dad to the ceremony, back to the Hamworthy Club for their wedding reception. They had a caricaturist entertaining the guests with hilarious portraits of them.

We dodged the showers for their group photos before they went into their blue and white themed wedding breakfast room.

After the brilliant speeches, I stole Sophie and Dan away to the golf course grounds for some ‘sunset’ photos. Unfortunately the sun was hidden by clouds but we managed to ‘fake’ the sunset with my trusty flash.

They had their first dance amongst the balloons that had fallen from the ceiling net early, but it was still a magical moment!

Thank you for trusting me to capture your Poole Guildhall wedding day! 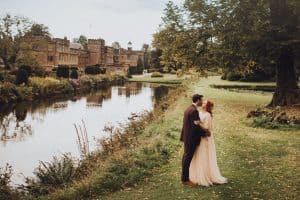 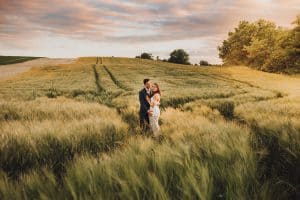 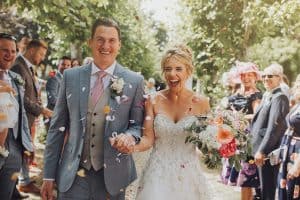 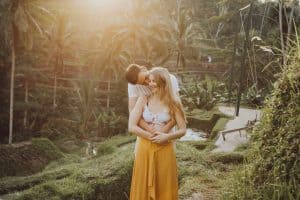