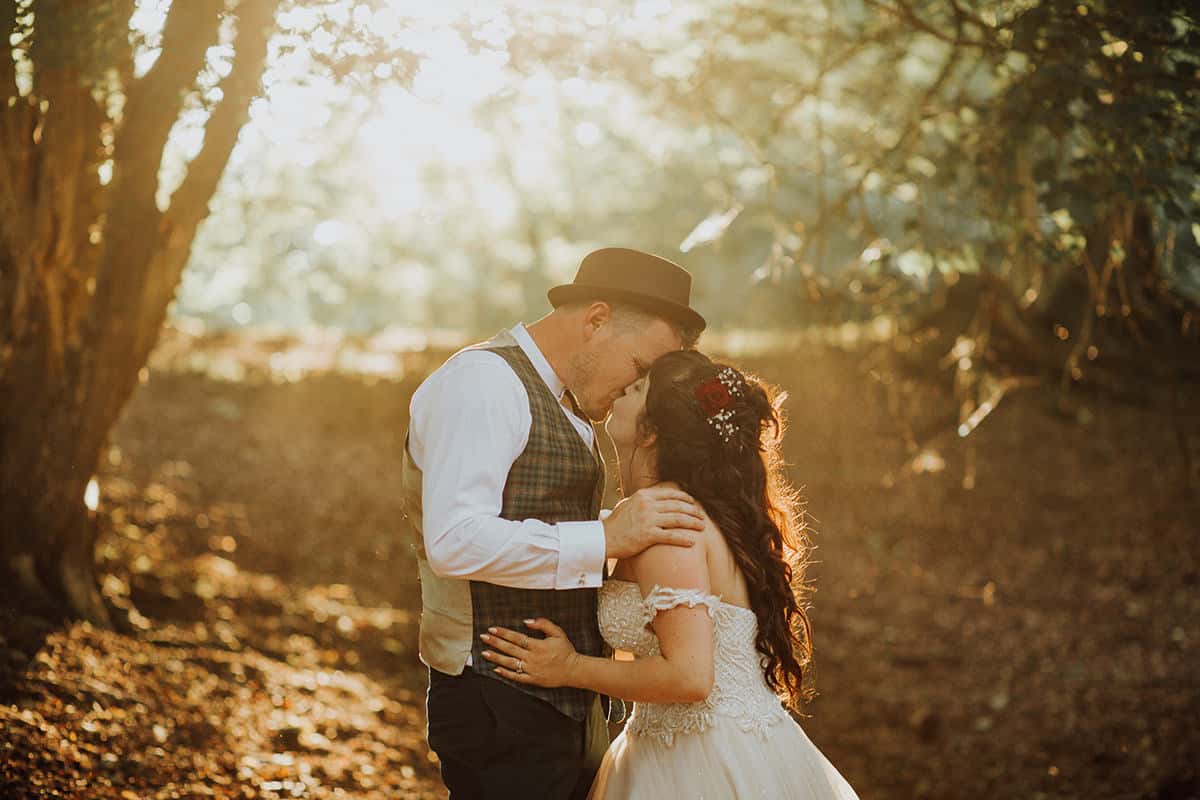 Both Tash and Steve are such creative souls and their wedding sounded like such a beautiful celebration of their relationship! I jumped at the chance to capture it for them. When I asked Tash to describe her wedding theme to me she said: “Celtic, ethereal, and like a midsummer nights dream.”

They held their celebration on a farm in the in Usk, South Wales. Tash and Steve had so much freedom with the venue belonging to a friend and could use it how they wished.

They chose to have a Celtic hand-fasting ceremony conducted by Karin Powell of Mountain Celebrations. Steve is Irish and all his friends and family flew over from Ireland for the celebration. The Celtic ceremony was outside, held in the middle of the forest under a tree decorated with colourful material. Tash’s step-dad and dad both walked her barefoot through the dappled forest whilst a fiddler played traditional Irish music. Each ribbon tied around Tash and Steve’s hands was chosen to represent something specifically that it would bring into their marriage. It was truly magical!

Drinks were had in the forest in the sunshine before the guests headed to the marquee for their wedding breakfast. After everyone had eaten they heard some amazing speeches from the families and even Tash herself too. I managed to steal the newlyweds away at sunset back into the forest for some time away and they even showed us where they were sleeping that night, in a yurt in the forest!

I am so fortunate to have been the one to capture this mid-summer nights dream woodland wedding!

Catering: The Full Hop and Frittis