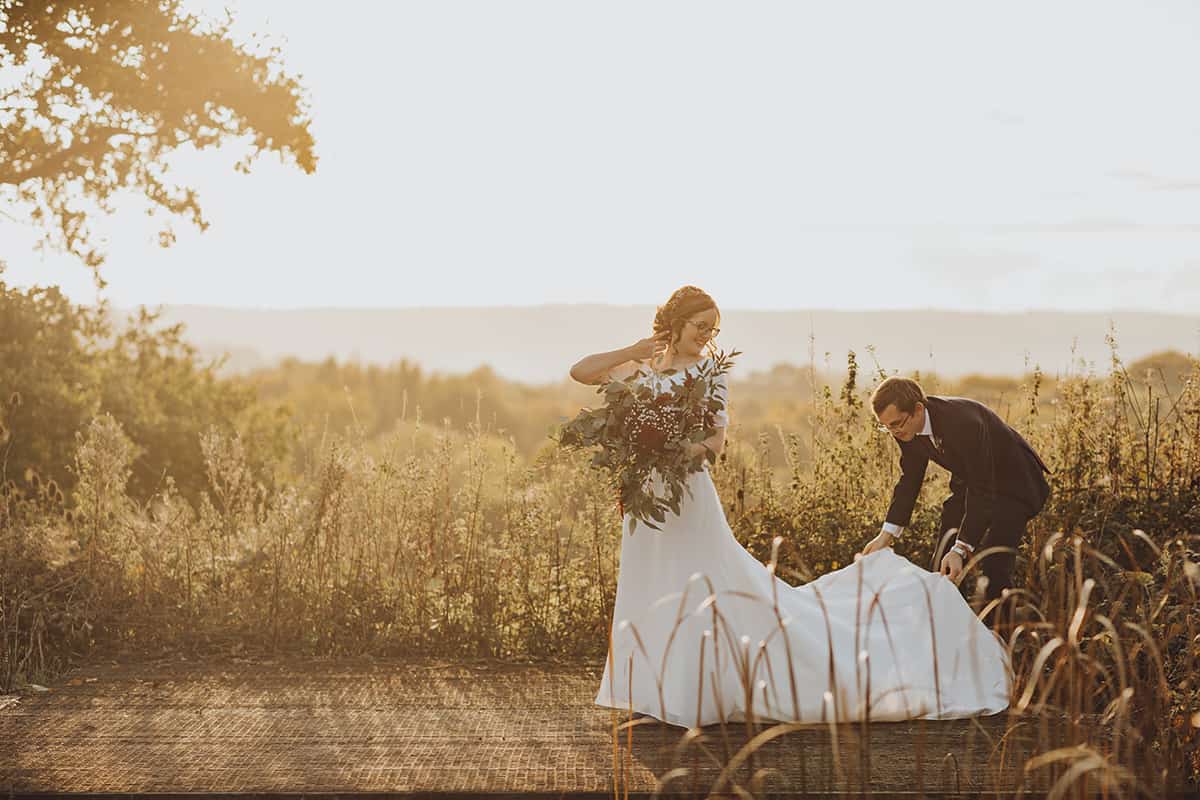 Claire and Doug had a fantastic Japanese inspired wedding at Folly Farm Centre on a beautifully sunny day in the middle of October!

We met the first (and last!) time we’ve ever been set up ! It was by a mutual friend who actually didn’t know either of us particularly well. Claire had met her for one day at a conference. Doug occasionally worked in the same office, but she obviously spotted something! Our first date was at a bar with the theme of “Round the World in 80 Days”. Which was fitting because we both love travelling.

They had spent a year prior living and working in Japan. They loved being immersed in a completely different culture and wanted to bring that culture into their wedding theme.

We were actually married in London before heading to Japan. Just with our close family – so a small ceremony of 10! We are excited to renew our vows surrounded by our friends now we are back.

Doug proposed to Claire on a winters day in London whilst they were sharing mulled wine together. After Claire said yes they went to watch Paddington the movie at a deluxe cinema with a sofa, blankets, popcorn and wine!

Claire and Doug had their vow renewal at Folly Farm and their Japanese inspired wedding ceremony room was decorated with lots of paper cranes.

Thank you so much for having me along to your Japanese inspired wedding at Folly Farm Centre!