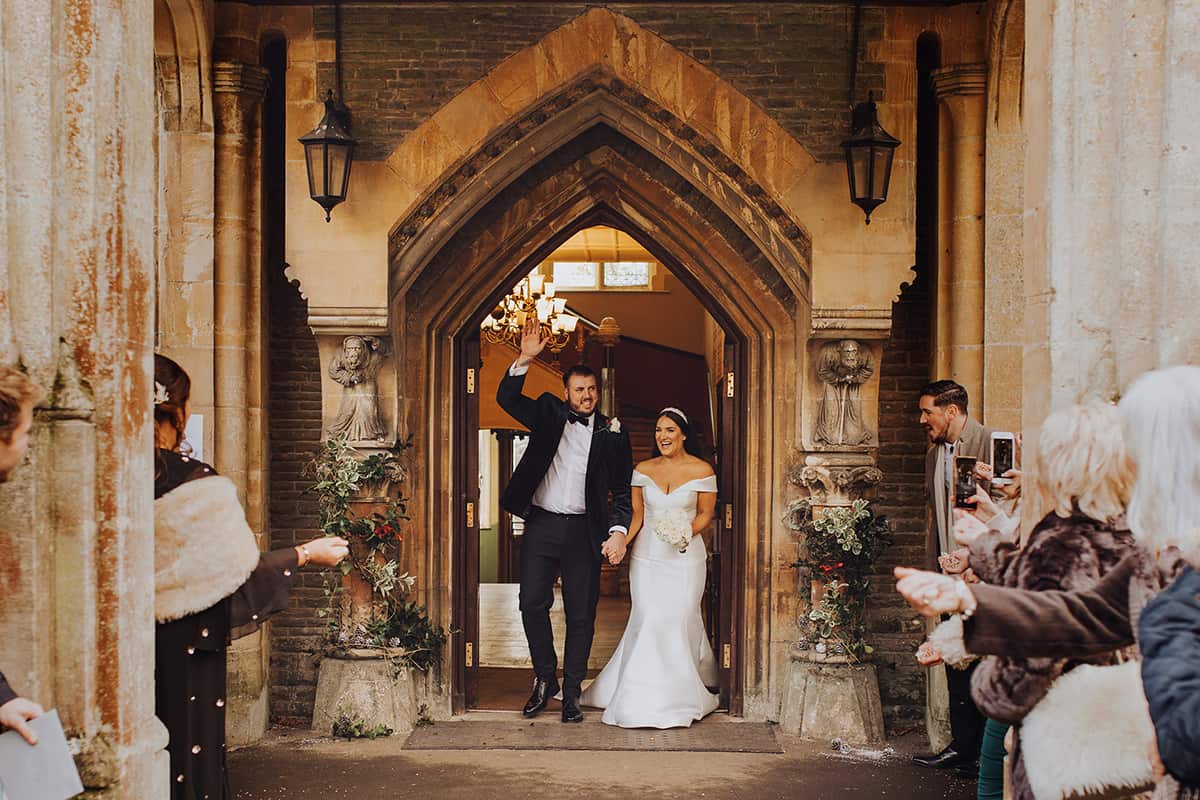 This Insole Court wedding was the most magical wedding I’ve ever been to. They lined the aisle with Christmas trees, they threw snowfetti and sparklers twinkled in the evening!

Emily and Rich originally planned to marry in summer 2020 but Covid had other plans for them! They had originally postponed to March 2021 but when they realised that even March might be a push for the big wedding plans they had, they decided to opt for a Micro Wedding in December 2020!

“It’s not a typically romantic story. In September 2019, Rich had been away for the weekend. When he came home, I had my head in the fridge getting dinner ready. I turned around he was on one knee with the most incredible ring which I did not expect. I immediately burst into tears and continued to cry for about 48 hours!”

Emily got ready at her parent’s house which was decorated for Christmas. She got ready with her family bubble which included her parents, brother and sister-in-law. Champagne was flowing and the Christmas lights were twinkling throughout the house.

Her parents had surprised her with a wedding car which came to collect her and take her to their Insole Court wedding.

As Insole Court is a public place, there were a few friends who came along to watch Emily arrive and cheer her in as she went to marry Rich in their Micro ceremony!

They included a romantic recorded reading in the ceremony from one of their friends who couldn’t be there.

They walked out under confetti of petals and fake snow and into the December sunshine.