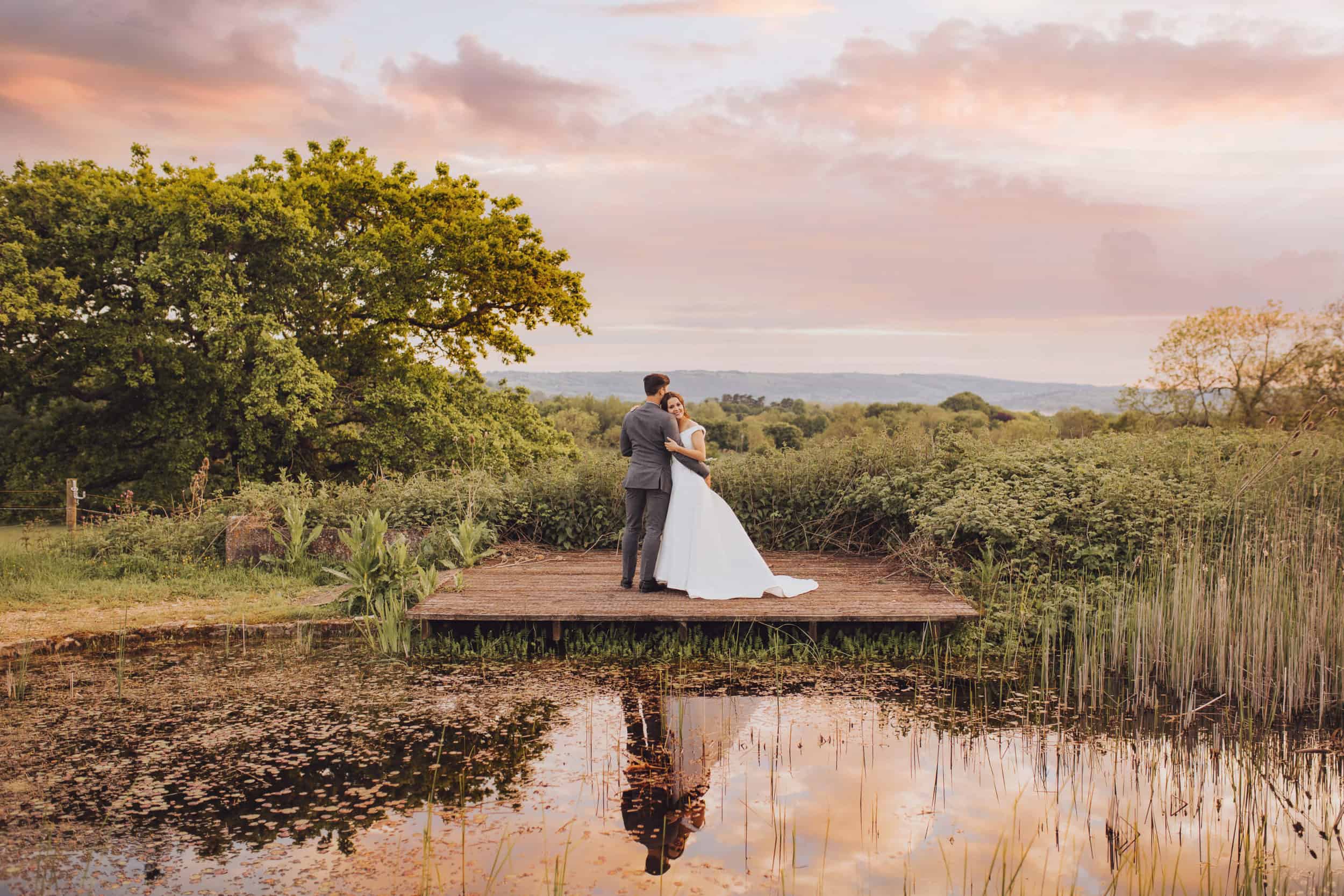 What a day! What an amazing Folly Farm micro wedding!

Jennie and Sayer planned the most fun micro wedding at the ever beautiful Folly Farm centre on the outskirts of Bristol.

They met swing dancing in 2015! They were good friends first and Sayer whilst biding his time to ask Jennie out! Swing dance obviously had to show up on their wedding day too – more on that later!

Sayer proposed in Bristol at a private terrace overlooking the suspension bridge after a lovely breakfast at Avon Gorge Hotel. He had planned a balloon ride over Bristol but the weather wasn’t right so had to change plans last minute. It was low key and lovely as our whole story is in Bristol and then we did the balloon trip a year later.

What I love about their proposal story, is that on the wedding day, we saw two hot air balloons in the evening, floating over the valley! It was such a special moment and truly one of those amazing coincidences.

Jennie was the most chilled out bride as she got ready with her 4 bridesmaids and both the mums.

Jennie and Sayer tied the knot overlooking the valley in the May sunshine to a background of piano music. It was truly magical. When they read their own vows out loud to one another it got even more emotional. Jennie’s dad had already cried when he saw her in her dress for the first time and Jennie couldn’t hold back the tears as she walked towards Sayer down the aisle!

They walked through a tunnel of confetti to their drinks reception! There was Aperol spritz, sunshine and plenty of competitive giant Jenga!

The speeches were fantastic, with Sayer’s brother even speaking via zoom from Australia!

The Supers played Jennie and Sayer’s first dance. They did an unchoreographed swing dance! It looked incredible!

The night ended with sparklers outside by the campfire. The perfect end to the perfect Folly Farm micro wedding.

Band and Pianist: The Supers