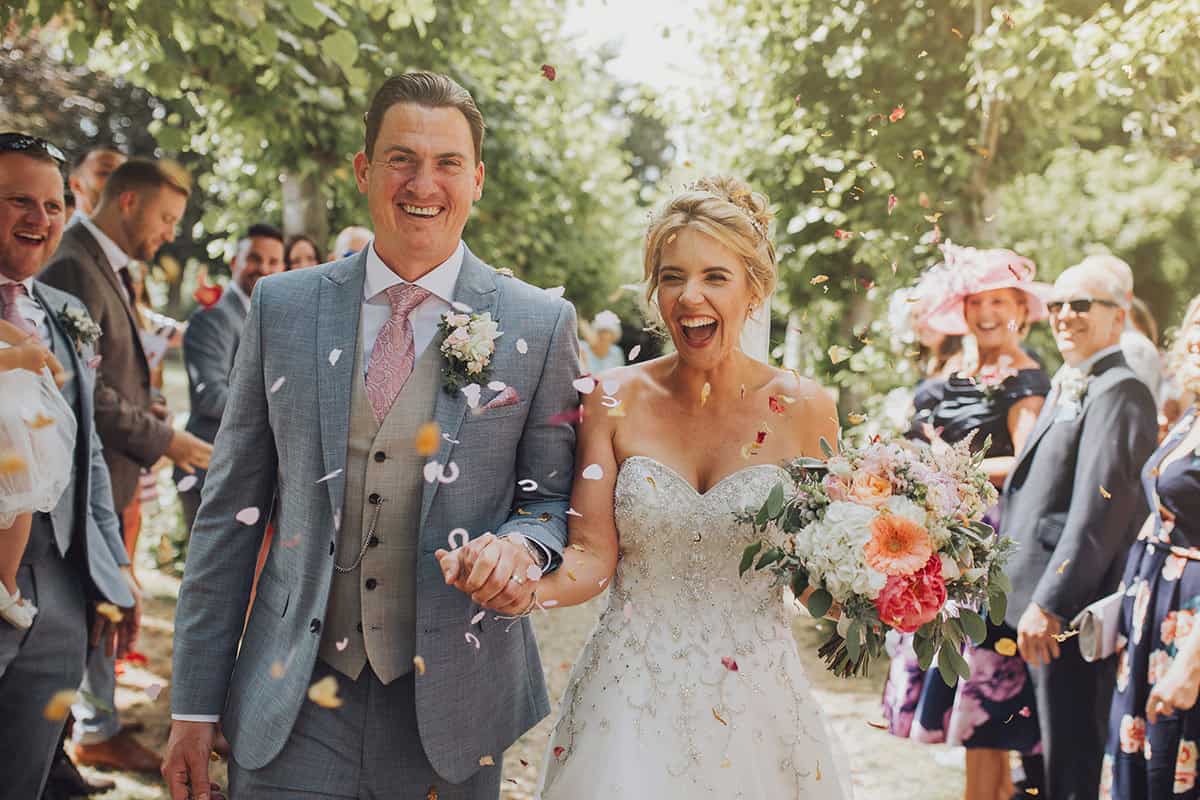 Mr & Mrs Canning had the most gorgeous day for their Italian inspired wedding at Bluebell Vineyard in West Sussex. Hannah and James met a long time ago when James was being set up with her best friend Emma (now bridesmaid!). Hannah accompanied her as wing woman but when James and Hannah were introduce, they fell for each other instead!

They’ve been together almost 9 years and James proposed whilst on holiday in Tuscany. They both really enjoy their wine, so after some wine tasting James popped the question! Wine was a big feature of their wedding day too. They married at Bluebell Vineyard in West Sussex which was the closest thing they could get to Tuscany without leaving the UK.

The girls got ready at Alexander House Hotel & Spa and drove to the church in an old fashioned white taxi. Hannah’s brother walked her down the aisle to James who was waiting for her. The ceremony was so beautiful and emotional for everyone. The church grounds were perfect for confetti in the aisle of trees before heading down the road to the vineyard for their reception.

The vineyard has beautiful grounds, an outside bar and a marquee that you can totally make your own. The guests enjoyed the July sunshine  before sitting down for the wedding breakfast and speeches.

After dinner, I managed to take Hannah and James into the vines for some portraits away from their guests just as the sun was setting in the distance.  The evening brought crazy dancing, so much cheese and even more wine!

Band: Get On Up via Alive Network

Why have a destination wedding?