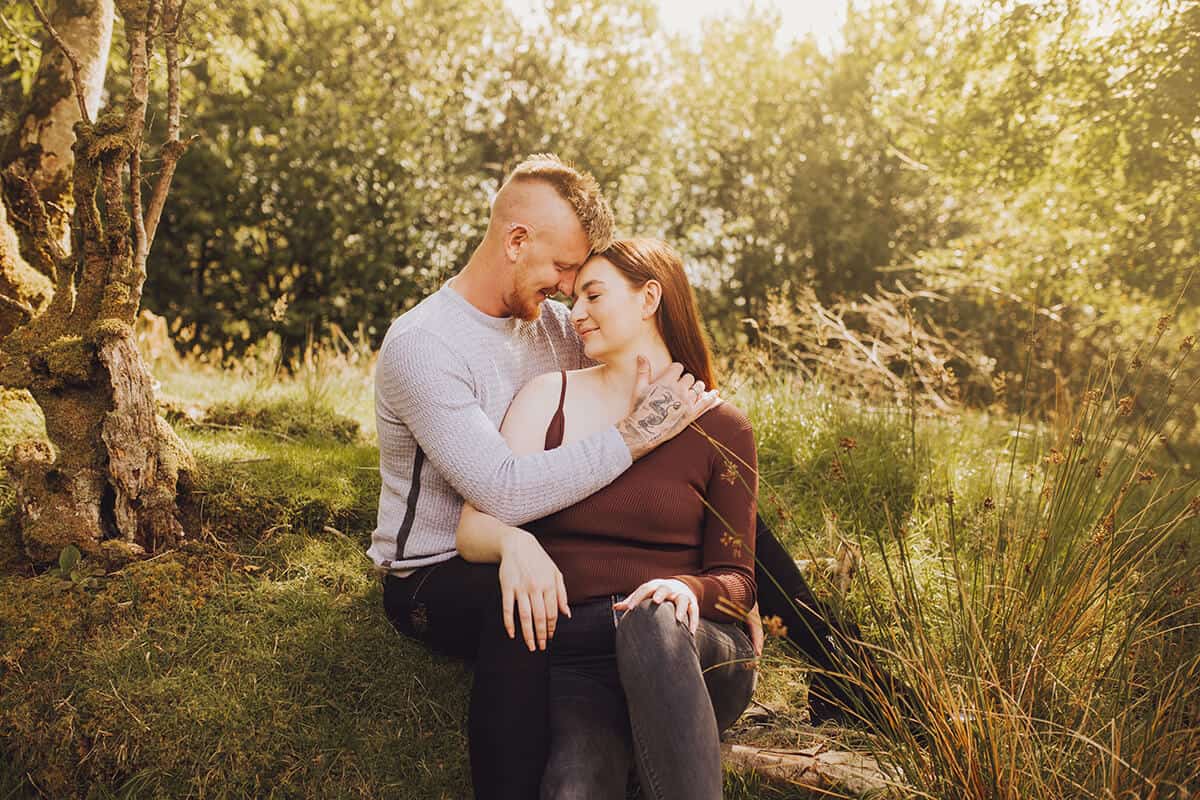 I was over the moon when Ashleigh and Lucie booked me for their anniversary session! They wanted to support my business during this tough year as well as celebrate their anniversary too. It was the perfect opportunity!

They tied the knot at their stunning autumn wedding at Tithe Barn in Hampshire two whole years ago! Those two years have flown by and it was such a pleasure to see them both again.

They also had an engagement session with me too, check it out here!

So by this time, they were well and truly used to having their photograph taken by me and it was such a pleasure to get to capture them again.

They had come up to Wales for a holiday and were staying in a glamping pod called The Conker! It was in the middle of nowhere, and I really mean that! The Conker is halfway up a mountain and with no neighbours for miles, it truly was a retreat.

When I arrived we had a lovely catch up with tea and cake before taking a wander around the mountains for their anniversary session.

The sun came out for us and we even found a river and a bridge too. It was so beautiful and I just loved seeing these two again.

Having an anniversary session is such a wonderful idea, can we do it every year?

“Just want to say thank you! You should be so so so proud of the work you do. What you create is art and it’s just amazing to be lucked out to have had you for our wedding, engagement, mini session and future sessions! Because we won’t be using anybody else I can tell you. We love you and keep up this amazing work you do!”